Home › Who We Are › Harold’s Legacy Prior to his death in March 2017, Rev. Harold C. Smith committed his significant, hard-earned wealth to the causes he was passionate about: helping persecuted and oppressed Christians worldwide, expanding biblical literacy, and empowering young people to assume leadership roles in advancing Christian values.

The Harold C. Smith Foundation to Promote Christianity was approved as a private foundation in September 2015. The Foundation was launched in 2017 under the auspices of Board members and Grant Managers, working together to continue Harold Smith’s legacy of careful stewardship and impactful grant-making in keeping with his mission, vision, and values.

Harold C. Smith was born in the Bronx in 1934, where he was raised to value hard work, simple living and generosity toward others. He attended the prestigious Bronx Science High School. His aptitude for learning earned him a bachelor’s degree from Ursinus College, Master of Business Administration Degree from New York University, and a Master of Divinity from Union Theological Seminary, where he was ordained. Harold received two Honorary Doctorates, one in economics from Ursinus College and one in Humanics from Springfield College.

Harold’s acumen as a businessman and investor and devotion to Christianity equipped him for a half-century in dual careers, as both an influential Chief Investment Officer and respected pastor.

President and CIO of the YMCA Retirement Fund:  During his tenure at the YMCA, Harold led the retirement fund to unprecedented growth, as assets rose from $400 million to $3.75 billion. His leadership resulted in a transformational increase in benefits paid to YMCA employees throughout the United States. Harold is enshrined in the YMCA Hall of Fame.

Rev. Smith generously shared his expertise in investment, business, and with service on many boards and committees, including Ursinus College, Springfield College, the Pension Boards and the Foundation of the United Church of Christ, Y-Mutual Insurance, the YMCA of Greater New York, and the International Committee of the YMCA. 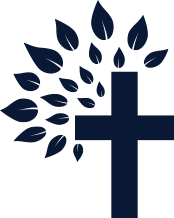